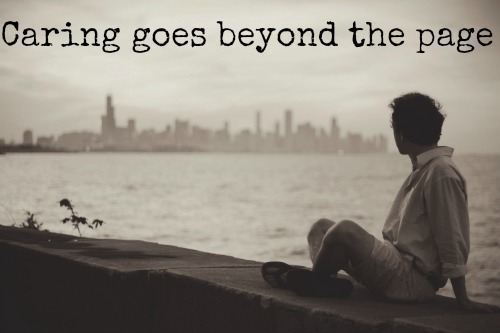 A great story brings life to principles and truths. As you work your way through its pages, you see things. You walk alongside characters. You feel, learn, and grow.

Taberah Press strives to bring stories like that to you.

Coming in 2018, Taberah Press will release the sequel to Escape to Vindor.

The world of Vindor existed only in Megan’s imagination. Or so she thought.

For as long as she can remember, Megan Bradshaw has imagined herself as the heroine of Vindor, her own secret world populated with mermaids, centaurs, samurai, and more. When school pressures and an upcoming move make life unbearable, Megan wishes she could escape to Vindor for real.

And then she does. Megan finds herself trapped in Vindor, with flesh-and-blood versions of her imaginary characters. Dreaming about being a hero and actually fighting monsters are two very different things—especially when the Shadow, the frightening creature now tearing Vindor apart, is one Megan doesn’t remember putting there.

Megan, playing the part of her alter ego, Selena, embarks on a dangerous journey, accompanied by a know-it-all centaur and a goblin she’s not sure she can trust. Will the Shadow destroy her before she can find a way to save her world?

In the safe haven of the Oblate, Mater Hyperion and the Guardians decide what’s best for everyone. The tell people which village to live in, they raise children in underground facilities, and they modify anyone’s who’s different.

Roxan is different. She’s seventeen turns old now, but she was modified when she was a young child. Driven by her questions about what was done to her– and why–she ventures into the forbidden woods beyond the village and discovers a group of Outcasts, led by a strange boy named Altrist.

Altrist thinks Roxan’s the answer they’ve been hoping for, the one who can help them escape through the Balustrade–the great wall that surrounds their world. The Outcasts aren’t the only ones who think Roxan can help though. Hyperion’s guards are after her too. They think she’s the perfect bait to lead them to conquering Hyperion’s adversary.

Lost and confused, Roxan feels like her world is totally messed up and broken. Only when she confronts her defeat does she discover freedom and hope, forgiveness and love.

“In Through the Balustrade, master storyteller Mary Beth Dahl skillfully weaves a YA tale of good and evil set in the land of the Oblate, where lives are programmed, compliance is required, and difference isn’t tolerated. An otherworldly adventure, written with the brush of an artist…a movie of words you won’t want to end!”

Ben Chalmers is a successful novelist. His wife, Rachel, is a fledgling artist with a promising career, and their daughter, Stacy, is the joy of their lives. Ben’s novels have made enough money for him to provide a dream home for his family. But there is a force at work–a dark, chilling, ruthless force that has become part of the very fabric of their new home. A malevolent entity becomes trapped in the wood and stone of the house and it will do whatever it takes, to find a way to complete its bloody transference to our world. Local sheriff, Elizabeth Cantrell, and former pastor-turned- cabinetmaker, Jim Perry, are drawn into the family’s life as the entity manipulates the house with devastating results. And it won’t stop until it gets what it wants. Even if it costs them their faith, their sanity, and their lives.

“Christian Fiction at its finest! I didn’t want to stop reading it, yet was scared to turn the page! Exactly the book I was looking for and probably one of my all-time favorites…Something Stirs truly deserves to be on the big screen!”
– Acclaimed director Matt Mitchell, Cross Shadow Productions